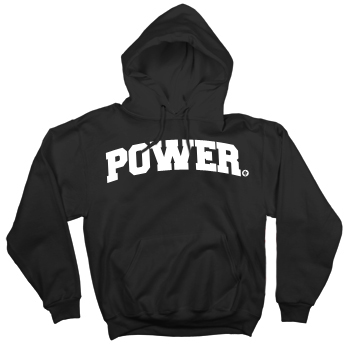 This is the fourth activity of a thematic unit on dress codes. The aim of the activity is to encourage students to do some research on the cultural references contained in an article discussing a topic they are already familiar with. They are then asked to write footnotes in academic style – with or without emphasis on formatting and style. This includes writing a short explanatory note in their own words, and stating the accessed sources.

The article may then be used for discussion, summary writing, and / or comparison with the video discussed in the previous activity (see Dress codes (3) – The history of the hoodie). The footnotes given in this post are incomplete, and designed to give leads to teachers willing to use the material in class.

Instructions: The following article contains many cultural and conceptual references, which, if left unexplained, make it difficult to understand. In order to be able to fully understand the point of the author, your job is to write relevant footnotes for each of the underlined elements. You will need to do some research. You need to explain the reference in your own words and to quote the source that you used in each note. You may work in groups but each member of the group needs to write down all the explanations.

Feared, derided, misunderstood and still resolutely un-hugged, the utilitarian, hugely popular sportswear garment, the hoodie, has staged a comeback against a backdrop of pyromania and rioting1. Worn by millions every day: a generation’s default wardrobe choice was transformed into an instant criminal cloak for London’s looting youth. It may be more newsworthy now, but the hoodie and the folk devil2 it represents have been with us for a long time.

In 2007 I reported from the riots that set the Parisian banlieue suburbs alight3, and interviewed teenagers who had been involved with or close to the events. Most of them wore hoodies, along with the other staples of the 21st-century, hip-hop redux wardrobe – tracksuit bottoms or voluminous jeans, expensive trainers, baseball caps, black Thinsulate gloves and the occasional bandana4.

A year or so later, I met youths involved in gangs around the time of the London murders of teenagers Billy Cox, James Andre Smart-Fordd and Michael Dosunmu5. These two groups may have been separated by the English channel, but the uniform was identical, and the hoodie was as ubiquitous as the two-piece suit in the financial centres of Paris and London6.

Whether or not David Cameron7 ever spoke his infamous “hug a hoodie” words8, let alone made good on his views, it’s true that the hoodie was a political symbol long before it became a policy initiative. All clothing is political in the sense that it communicates a message about how the wearer wishes to be perceived, and face coverings and headgear can be particularly charged: the use of balaclavas by sectarian paramilitaries, bandanas worn across the face, or caps worn low to disguise the eyes, represent a seizing of anonymity and a self-exemption from public identification9.

As for the hoodie, its mass adoption as an everyday item began with the parallel popularity of hip-hop imported from the US in the 1980s10, where rappers modelled themselves as athletes in a bid to emulate the power and success of world-beating sports stars. The corporate balance sheet of Adidas would doubtless be a lot poorer without the patronage of rappers Run-DMC11, or reggae star Bob Marley.

Hip-hop later turned to gang culture for its stylistic cues, and it is probably impossible to say whether gangsters modelled themselves on hip-hop stars or vice versa. Either way, hip-hop’s emphasis on strength, status and prowess ensured that Rocky Balboa‘s12 grey marl hoodie would become the iconic, indispensable wardrobe staple for a generation weaned on rhymes and beats.

Somewhere, however, the gangster overtones trumped the sporting counterparts; in London a few years ago, there was even a vogue for teenagers to wear hoodies with horizontal black and white stripes, as if in parodic homage to cartoon robbers13 carrying bags marked “swag”. Once, the hoodie was worn to convey an images of power and success; later on, it became a symbol of menace and lawlessness, and that is undoubtedly central to its identification with Britain’s asbo generation14.

“Leisure- and sportswear adopted for everyday wear suggests a distance from the world of office [suit] or school [uniform],” Angela McRobbie, professor of communications at Goldsmiths College, once told the Guardian. “Rap culture celebrates defiance, as it narrates the experience of social exclusion. Musically and stylistically, it projects menace and danger as well as anger and rage. [The hooded top] is one in a long line of garments chosen by young people, usually boys, and inscribed with meanings suggesting that they are ‘up to no good’.”

So, too, did Eminem – a devout hoodie-wearer – articulate the internalised15 rage and dispossession of western suburban teenagers by burying his head in a hoodie to keep the invading world outside.

By the early noughties16 in the UK, the hoodie had become directly politicised, symbolising the furtive menace of Britain’s inner-city teenage population. In May 2005, it was banned by the Bluewater shopping centre in Kent17 and later by several schools in England and Wales. One teenager was even served with an asbo banning him from wearing one for five years.

Yet not every kid in a hoodie was necessarily “a hoodie”: the comfy, cheap, utilitarian item was a staple in a variety of self-consciously “outcast” youth tribes, from BMXers and skaters to surfers and emos18, none of which is strongly linked to antisocial behaviour. Its stigma, however, was already there as the hoodie became the shorthand for Middle England’s newest folk devil (the same thing happened in France, by the way: “Sarkozy stigmatised a whole group of kids who have the look of those who act violently19,” Samuel Thomas of SOS Racisme20 told me in 2007, commenting on the identity of the rioter. “Because they wear a cap, tracksuit, a scooter, shaved head, because he’s of African descent.”).

Regardless of its origins, however, for the kids who live in the suburbs and inner-city estates where threat and violence are everyday realities, the hoodie is, above all, a tool for blending in, rather than standing out – the common function of clothes marketed as stylish or functional.

For sure, a hoodie is a useful tool to avoid identification for a range of gang-related rituals. Yet for teenagers under intense peer pressure to conform to a collective identity, acceptance means adopting an prescribed outfit. For some, there may be no choice but to wear one and shoulder its associations.

David Cameron, in a rare outbreak of understanding, told the Centre for Social Justice in 2006 that hoodies were “a way to stay invisible in the street. In a dangerous environment the best thing to do is keep your head down, blend in, don’t stand out.”

He was right, though his painstakingly scripted aperçus didn’t even begin to address the real reasons why a generation of young people choose to retreat into the invisibility cloak21 of the hoodie and escape the harsh realities of their troubling present and dystopian future22: spiralling living and education costs, a savage employment market, future living standards likely to be lower than their parents, and zero prospect of home ownership along with a collective societal suspicion of teenagers as a whole.

Kids in hiding, afraid of being seen, and at the same time embodying in their everyday uniform the furtive tunnel-vision that seems to define their bleak, introspective vision of the world outlook. Perhaps that’s the real meaning of the hoodie.

1 Riots in inner-city areas of England, August 2011, following the death of Mark Duggan, shot by police on August 4th.

2 Scapegoat. Concept first used by sociologist Stanley Cohen (in association with the idea of moral panic), in 1972, in relation with the opposition between youth subcultures Mods and Rockers (1964).

3 Same sequence of events in 2005 and in 2007. 2005 = riots started in Clichy-sous-Bois (near Paris), following the death of Zyed and Bouna, two kids who were trying to escape from the police and hid in a power generator, where they were electrocuted. The riots spread to other French inner-city areas and lasted several weeks. 2007 = riots started in Villiers-le-Bel (near Paris), following the death of a kid whose motorcycle collided into a police car, and who was left dead by the police. The riots also spread to other areas, and lasted several days.

4 Bandana comes from Hindi word for “to tie”. Part of the uniform of various sub-cultures (rock, rap…) Can also signal gang membership.

5 The three teenagers were shot dead in South London over the course of 11 days; the three of them were between 15 and 17 years old. Their murders were never elucidated, although gangs are likely to have been the cause.

6 The Central Business Districts of Paris and London are respectively La Défense and the City.

7 David Cameron was the Prime Minister of the UK between 2010 and 2016, first in a Coalition government, then in a majority government. He also was the Leader of the Conservative Party from 2005 to 2016. While in office, his government passed many regressive austerity measures. He was also the one to call for a referendum on the UK’s EU membership.

8 During the run-up to the 2010 election and at the beginning of his premiership, David Cameron emphasized the need for social Conservatism. The phrase “hug a hoodie” was used by the press to designate a speech he made at the Centre for Social Justice in Juyly 2006, in which he called for empathy towards young offenders, while blaming the “broken” social fabric for their behaviour.

9 Refers to anti-masking laws. Whereas in France, for instance, there has been an explicit ban on face covering since 2010 (including niqabs in public spaces), the UK does not have such a ban. Hiding one’s face is only prohibited in specific contexts, such as during riots.

10 This is considered to be the golden age of hip-hop. Significant groups of the period: Public Enemy, the Beastie Boys, etc.

13 Stereotypical representation of robbers in cartoons, based on prison uniforms and attached social stigma.

14 Asbo stands for Anti-Social Behaviour Order. Asbos were in use between 1998-2015. Aimed at punishing minor offenses committed by youth (scuffles, public drunkenness, etc) without them going through the criminal system. They had to undertake community services or could be forbidden to enter certain areas for a given period of time. The characters of British series Misfits identify as asbo kids.

15 The notion of internalisation comes from sociology (John Scott). It refers to the acceptance by an individual of social norms without them being necessarily aware of such a process.

17 Report on the subject https://www.youtube.com/watch?v=-pzeYcDy7vE

18 Stands for emotional rock. Initially a musical movement stressing the despair and sensitivity of the singer, then a broader subculture. Famous emo rock bands: My Chemical Romance, Panic at the Disco, etc.

19 Nicolas Sarkozy, then Home Affairs Secretary (Ministre de l’Intérieur), went to Argenteuil (near Paris, popular area) in 2005 and told the inhabitants that he would cleanse the area from the “racaille” (derogatory term, similar to “chav”). Archival footage of the event: https://www.youtube.com/watch?v=JvS6eG0JFOk

22 Dystopia: imagined version of our world, usually set in the near future, in which everything goes as badly as possible. Famous ones include 1984 by Orwell, as well as Black Mirror TV shows and many many more.